For an individual facet BabylonJS computes its normals as mathematical normals, at right angle to the facet. However there is no necessity for them to be set at right angles. In the following two playgrounds see how the changing directions within the normals array affect how it is lit. 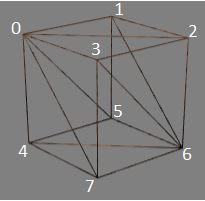 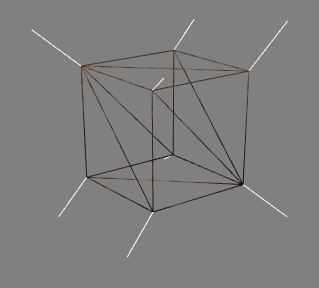 NOTE each of the triples in the normals array is often referred to as a normal even though they are not strictly speaking the mathematical normal.

Besides minimising the number of vertices needed there are other advantages as will be seen when creating a sphere.

Table of Indices, Positions and Normals for Box with Minimum Vertices

There are times, such as needing each face of a box to be covered in a different material, when it is better to have the box constructed from seperate faces each of which are contructed by two facets and no two faces sharing a vertex indices. They will of course share vertex positions. 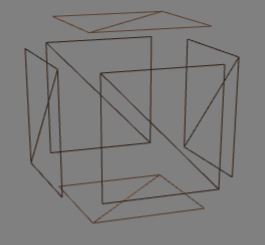 In BabylonJS this can be achieved using the convertToFlatShadedMesh function. The results are shown below. 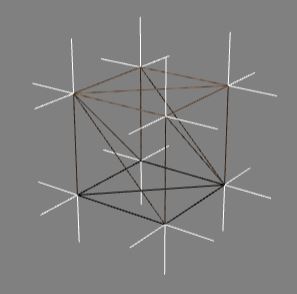 Table of Indices, Positions and Normals for Flat Shaded Box

Sharing normals means that the shader produces a rounder looking sphere. Applying the function converToFlatShadedMesh shows the individual faces making up the sphere.